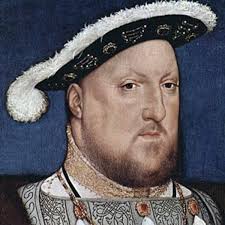 Henry Vlll is probably the most well-known of the Tudor dynasty which produced 6 monarchs from 1485 (Henry VII) until Elizabeth I (died 1603). Henry became king in 1509 when he was 17 years old. He was a great athlete in his youth. Henry threw the javelin and enjoyed hunting, archery, jousting and tennis. He was given a first-rate education from leading tutors, becoming fluent in Latin, French, Spanish and learning at least some Italian. Henry was an accomplished musician and played the lute and harpsichord. However, the story that he composed the famous tune of ‘Greensleeves’ is a myth.

Henry is most famous for having had six wives. His first, Catherine of Aragon, was a Spanish princess who had previously been married to Henry’s brother Prince Arthur. She had six children but only a girl, Mary, survived. In 1527 Henry announced his desire to divorce Catherine because she had failed to produce a male heir. 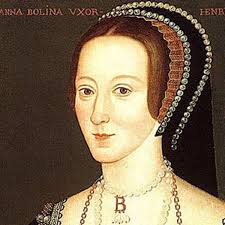 His second wife was a young and beautiful lady-in-waiting to the former queen called Anne Boleyn. Henry fell madly in love with her but, as England was a Catholic country, needed the consent of the Pope to obtain a divorce. Henry and his advisors claimed that the marriage had never been legal on the grounds that he had married his brother’s wife and invoked the passage from the Bible “If a man shall take his brother’s wife, it is an impurity; he hath uncovered his brother’s nakedness; they shall be childless.”. But the Pope refused to grant the divorce. As a result, Henry broke with the church in 1533 and married the now pregnant Anne Boleyn in a secret ceremony.

Unfortunately, Anne gave birth to a girl (Elizabeth) and Henry grew increasingly impatient after two further pregnancies ended in miscarriages. She was arrested in 1536 on false charges of adultery and treason and publicly beheaded at the Tower of London.

His next wife finally gave birth to a son (Edward) but she died in childbirth. Edward himself died at age 15.

In an attempt to form a German Protestant alliance the first minister, Thomas Cromwell, arranged another marriage between the king and a German princess, Anne of Cleves. The marriage was a disaster and Henry divorced Anne a few months later. Henry blamed Cromwell for this mismatch and soon afterwards had him executed for treason.

In 1540, the ageing King married a teenager called Catherine Howard. Their marriage was short lived as she was accused of adultery and executed in 1542. His sixth marriage to Catherine Parr, who acted like a nurse, was more harmonious and she went on to outlive him after his death in 1547. 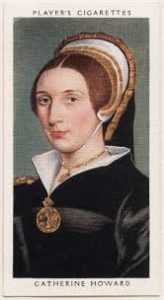 During the course of his reign he became increasingly obese (at the age of 50 he had a waistline of 137 cm) and cruel. He had anyone killed who disagreed with him and during his thirty-eight-year reign, more than 70,000 people were executed. That works out as an average of just over five every day. Of course, these people did not die every single day, all lined up as it were. But there is no denying that Henry was ruthless and held mass executions of ten, twenty, thirty or more dissidents at a time; as a mass murderer he was indeed on a par with Stalin, Pol Pot and Hitler.

Find synonyms in the text for these words: