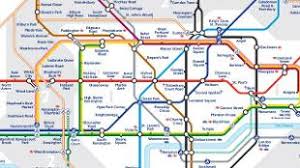 Read the text below. Use the word given in capitals at the end of each line to form a word that fits in the space in the same line. There is an example at the beginning (0)

This design was later used by most of the world’s underground systems.

and at station entrances.